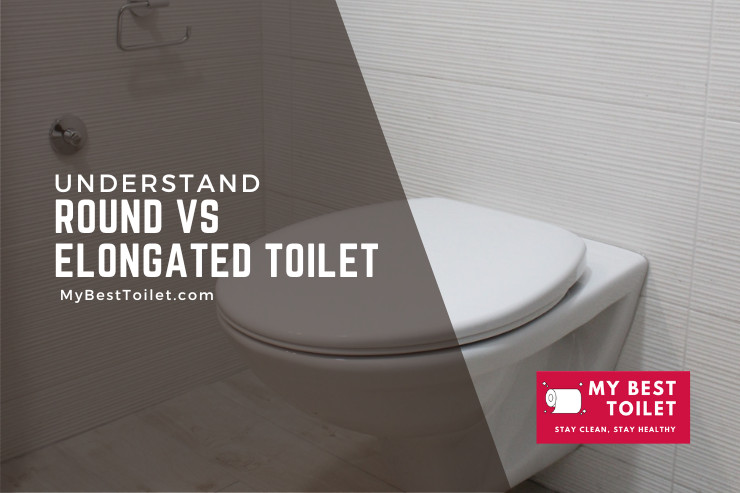 Of course, you can distinguish a round vs elongated toilet by just appearance. But they are different in many other ways too. In terms of comfort, height, bowl shape, and water consumption, round and elongated toilet differ a lot.

Toilets are an essential component of any bathroom design. And, depending on the size of your bathroom, your needs, and your aesthetic preferences, you have many options for selecting a toilet. One of these options concerns the shape of the toilet bowl.

Toilet bowls are classified as either round or elongated. Both function similarly but are different in size, so they may not fit in the same space or work in the same way. Below is a detailed comparison between round vs elongated toilets to highlight the differences. 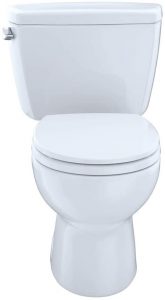 Have you had enough of dealing with the problem of toilet size in your bathroom? Is your toilet seat too large for your tiny bathroom? Then you need round toilets, which are ideal for small bathrooms. Not only will a round toilet keep your bathroom from becoming cluttered, but it will also look great.

If you have a small bathroom, you’ll need a toilet that fits. While short-height toilets exist, they may not be the best option for tall or elderly people. Round toilets, on the other hand, can solve the space problem while also being comfortable for everyone.

Elongated toilets have become popular in recent decades because they are mostly approved by EPA. Even so, many businesses continue to offer the best round toilets.

While a round toilet is ideal for small bathrooms, it does have one significant disadvantage. It takes up less space to sit on than an elongated bowl. However, if you are not obese, this will not be a major issue for you. 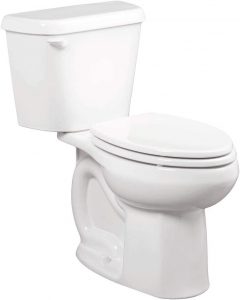 Elongated toilets are those that measure 17.5″ from the mounting holes to the front edge. It’s a relatively new invention, as round toilets that were once commonplace can be found in older homes.

After the EPA issued its report in 1992 and the WaterSense program began in 2006, elongated toilets became even more popular. The elongated bowl allows for more efficient water usage, and while its volume is limited, there should be other ways to increase the flush intensity (which is still being improved).

With the new laws of water conservation, the elongated toilet became mandatory in many workplaces. It is also a great choice for obese people as it allows a lot of room to sit on.

Round vs Elongated Toilet

All the difference between a round and elongated toilet lies in the shape of the toilet bowl. A toilet bowl with a round front is closer to a true circle. As a result, it extends less into the room.

Both the round and elongated toilets are used in the same way by men and women. However, the elongated toilet’s longer, larger bowl shape may be more comfortable to sit on. It may also be easier for men or children to use and has a larger area for those with mobility issues to get on and off.

There are numerous types of flush technology available, ranging from pressure-assisted to double-cyclone flushes. If the toilet has a flush that uses force to circulate the water in the bowl, the elongated shape of the toilet may provide slightly better pressure. In other types of flush technology, however, there is no distinction between the two. As long as you use the correct toilet for your home and the size of your bathroom, you should notice little difference in performance.

The cost of installing either toilet ranges from $45 to $130, depending on the condition of the pipes and the location of the toilet. As a result, a round-front toilet costs $225 to $310, while an elongated toilet of the same design and brand costs $275 to $360. Elongated bowls may be slightly more difficult to lift and move, but this makes little difference in most installations.

The installation of round and elongated front toilets is the same. If the toilet has a separate tank and bowl, these are first connected. A wax ring is placed around the waste pipe, and the toilet is lifted into position at an angle. After twisting it into place, pressure is applied to all sides before bolting the toilet into place and connecting the water supply.

In general, an elongated bowl is 2-inches longer in the front than a round bowl. Some manufacturers also produce a third toilet bowl that falls somewhere in between the two sizes.

Most building codes require a toilet to have at least 21 inches of space in front of it. Some cities and towns may require more space, while ADA-compliant restrooms require 48-inches. In small bathrooms, the 2-inch savings from a round-front toilet bowl could mean the difference between passing and failing building code. As a result, round bowls are more commonly used in small bathrooms.

Elongated toilet bowls may be easier to clean than round-front bowls. Some brands’ elongated shapes have less of a crevice around the underside of the bowl, making it easier to get a cleaning brush into. The longer shape also makes it easier to see into the front interior of the bowl, which can aid in keeping it clean.

Pros and Cons of Round Vs Elongated Toilet

In addition to toilets with round or elongated bowls, square toilets are available on the market. A square toilet is not for everyone. However, if you are remodeling your bathroom, it can be a great alternative to traditional toilets.

The shape of the square toilet seat is more like a rectangle than a square. They’re not common in public restrooms or even in traditional homes. Lines are provided by square toilets, which complement squared bathtubs and sinks. Square toilets have a larger bowl to collect more waste. The disadvantage of these toilet designs is that replacement parts are difficult to come by, and they are uncomfortable to sit on.

When considering any toilet, consider the entire bathroom and how its lines will blend in with the rest of the space. Hope the guide will help you make a more informed decision about which one will work best in your bathroom.